I recently pulled out my Electric Eel Wheel, a little purple e-spinner I got over a year ago and never really learned to use. I had gotten some pretty blue merino to spin up with it. The first ounce was just practice, which is good because I definitely has not learned how to keep a consistent thickness yet. (And then the end of the bobbin popped off and the whole thing became a tangled mess and I threw it out.)The second ounce went much better, although there's definitely a section that got considerably thinner. Still, most of it is around 40wpi, the light end of laceweight.

But I didn't know what the hell I was going to do with it.

Separately, I had ordered a new, larger-than-tiny Turkish spindle from Etsy shop Turtlemade, and an ounce of very pretty blue-purple-magenta painted silk hankies to spin on it. And I realized that the darkest blue was pretty close to the merino. 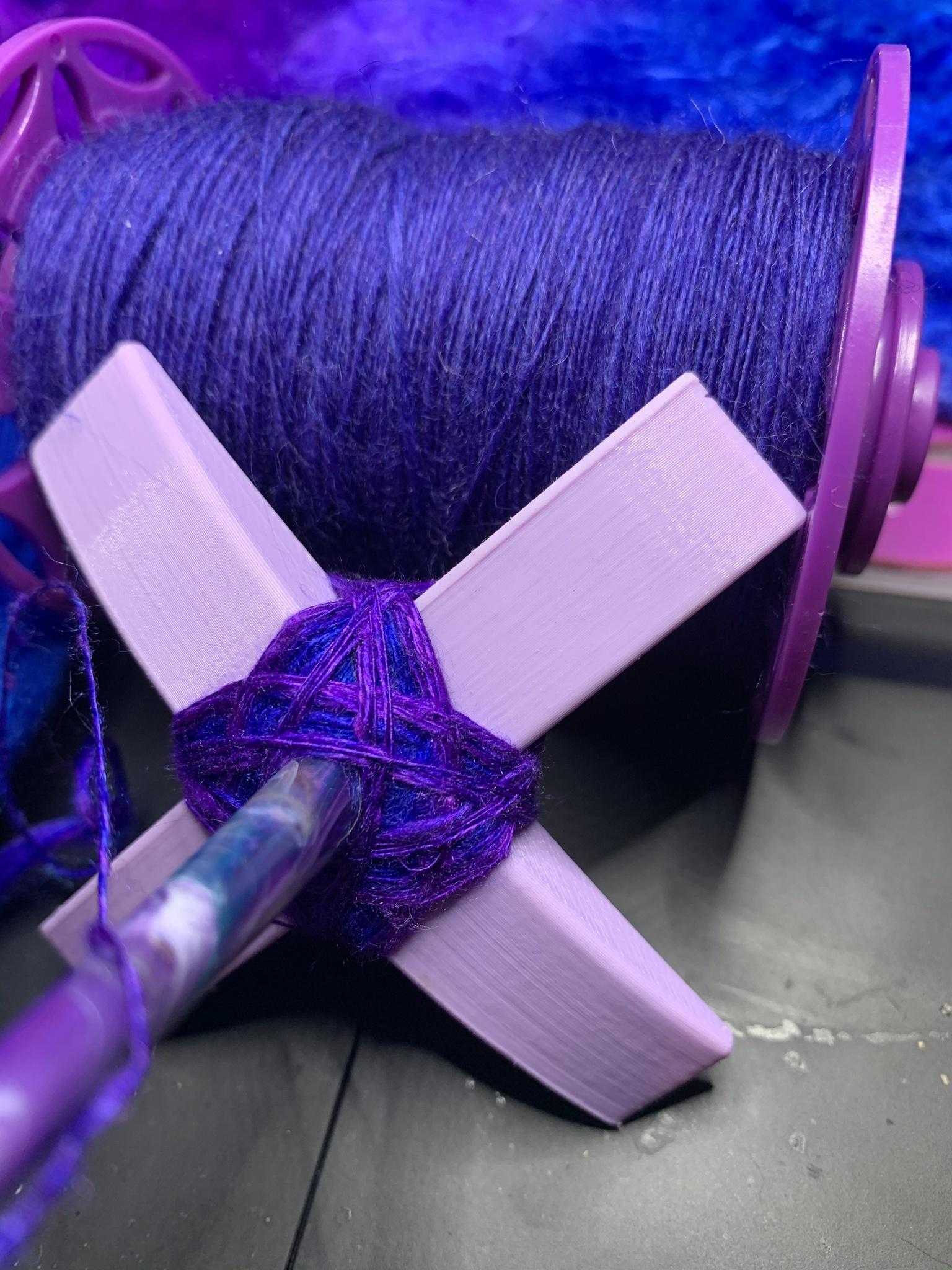 Close enough to harmonize, but not matchy. And the purple and magenta would make great contrast. So I decided that I'd spin slubby thin-and-thinner cobweb from the silk, and ply them together to make laceweight art yarn. (Most art yarn is fairly chunky.) 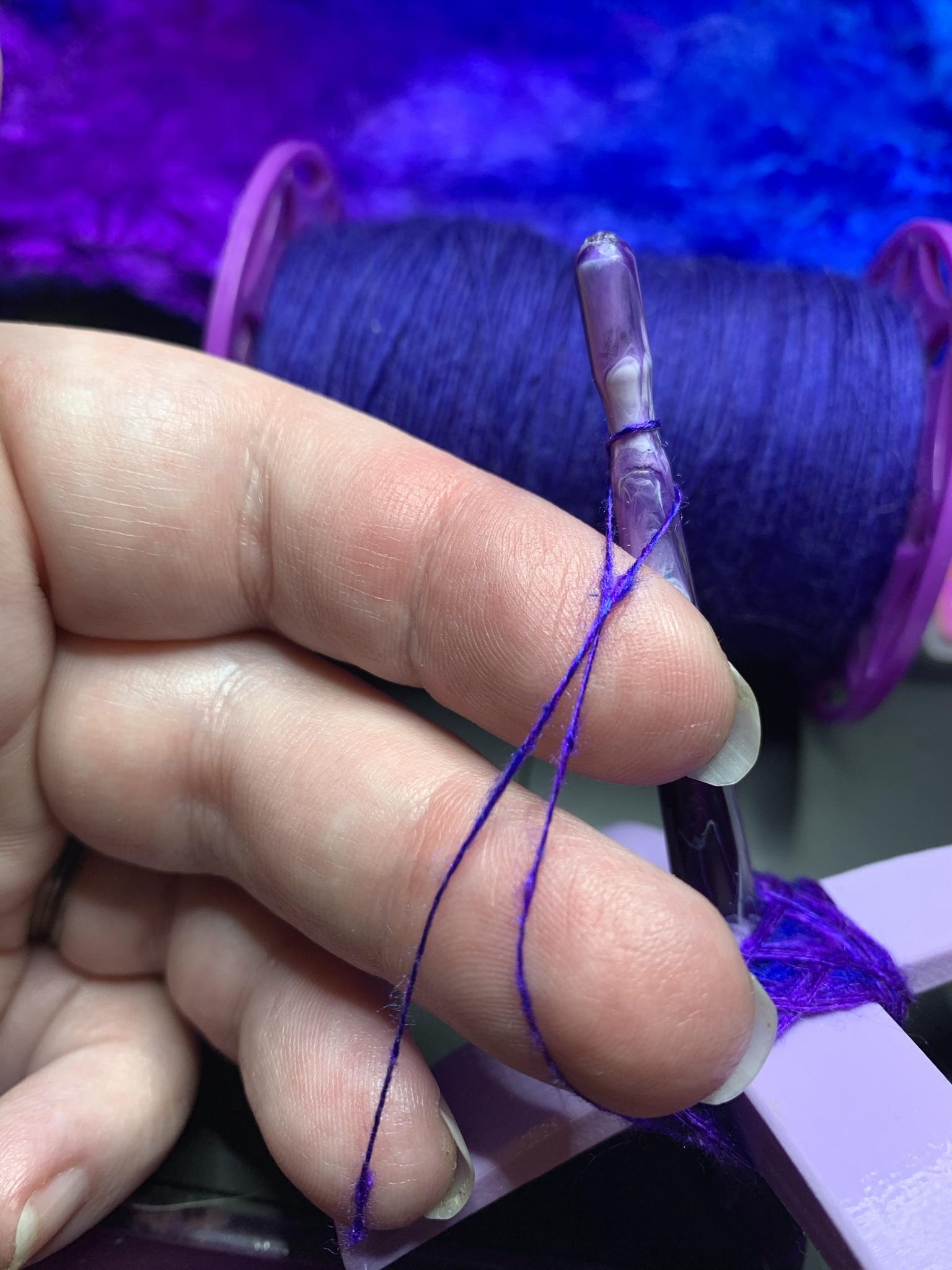 I think I'll give it to my mother for the winter holiday, if it comes out well. I may even go back and order more of the silk hanky, depending on how fast I go through this. 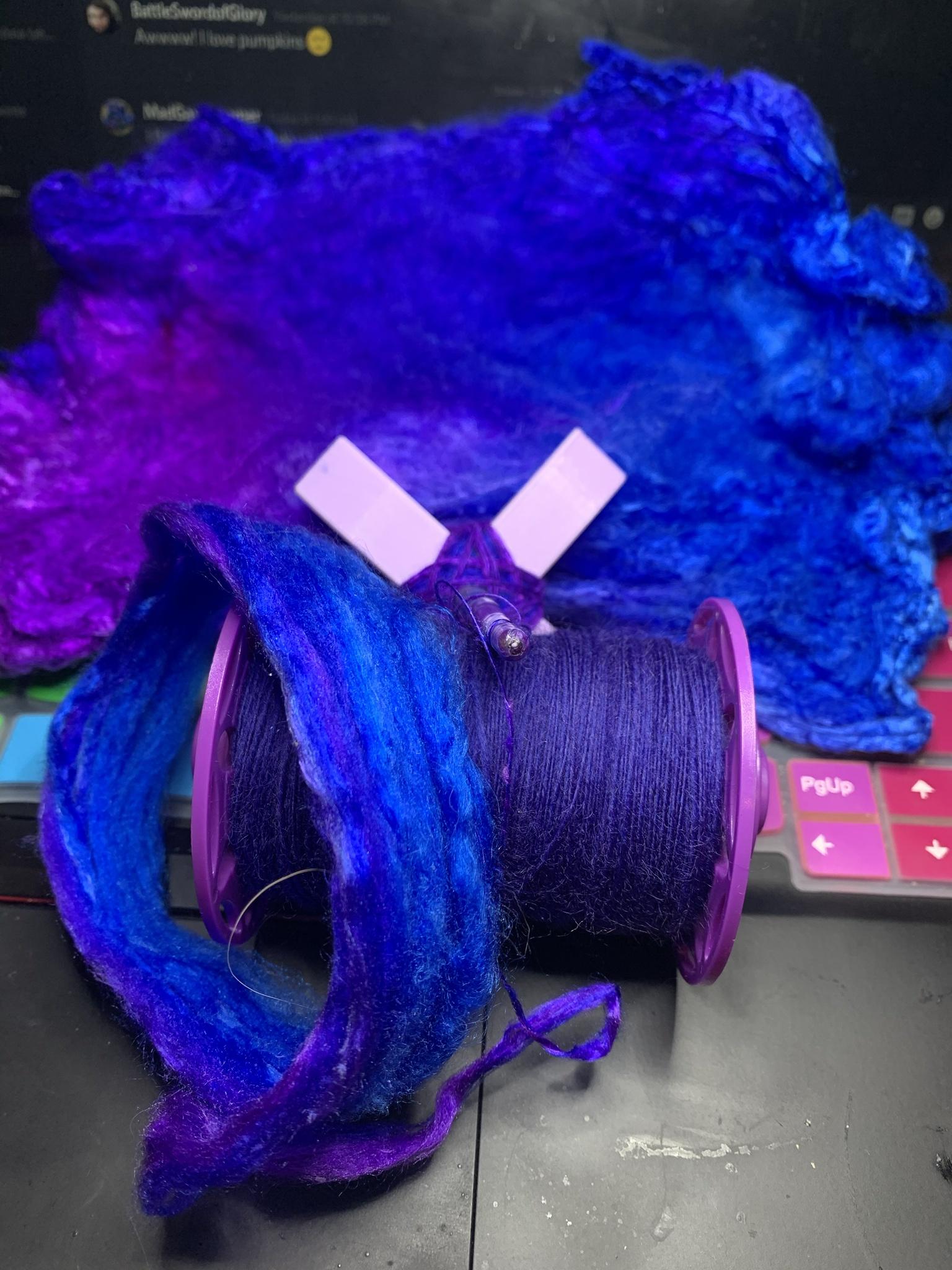 Tonight we held an online ritual to dedicate Nova Aedes Iani to Janus and Hekate.

I don't know. So much is happening. Things were fallow for a bit, but now

Tonight I was teaching a friend to spin via video chat, almost a continent away.