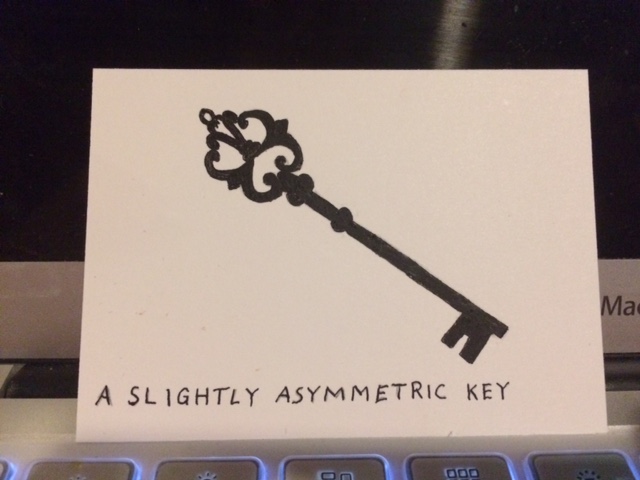 So last night, I wanted to draw something, and settled on keys. I opened up several tabs of images to base them on, and was reasonably happy... until I realized my first one

This is one of those small but precious possessions. It's a Roman ring key. Not a ring for keeping keys on, but a key that is worn as a ring. Probably for a