This August, I picked up a new craft, Teneriffe Lace.

Teneriffe (occasionally known as Polka Spider Lace in the US, and by many other names across the world) is made by taking a round or regular polygon* base, and using pins or basting stitches to hold the web of the lace. Threads are criss-crossed across the base, and then knots and darning are worked on the web to make patterns. Pieces of various sizes are made, and then can be stitched together to make larger pieces. I started out with the pattern for a base and the instructions found here.

I've ordered <a href=https://www.etsy.com/listing/666118822/teneriffe-lace-looms?ga_order=most_relevant&ga_search_type=all&ga_view_type=gallery&ga_search_query=dewberry+ridge+teneriffe&ref=sr_gallery-1-1&organic_search_click=1>these bases, and they should be arriving today or tomorrow. (Indeed, they were here when I got home.) I'm also going to get some of those plastic wheels of straight pins, those are great for small complicated pieces, apparently.

There are a ton of great videos on Teneriffe lace (in many languages) on YouTube, and I particularly recommend Noreen Crone-Findlay's. She's the designer of the bases I ordered, and she does some amazing things with them. Masks, mermaids, bees, all manner of things.

And here are my first two pieces, both made on the base from the pattern above. The first is made with 5/2 weaving thread from a pattern, the second with fine crochet thread making it up as I went. 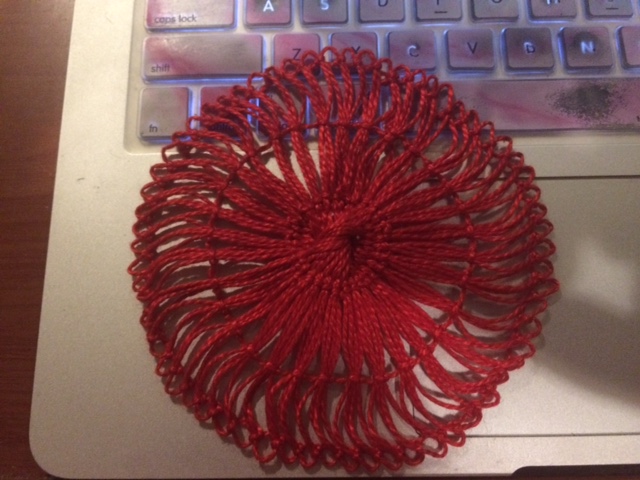 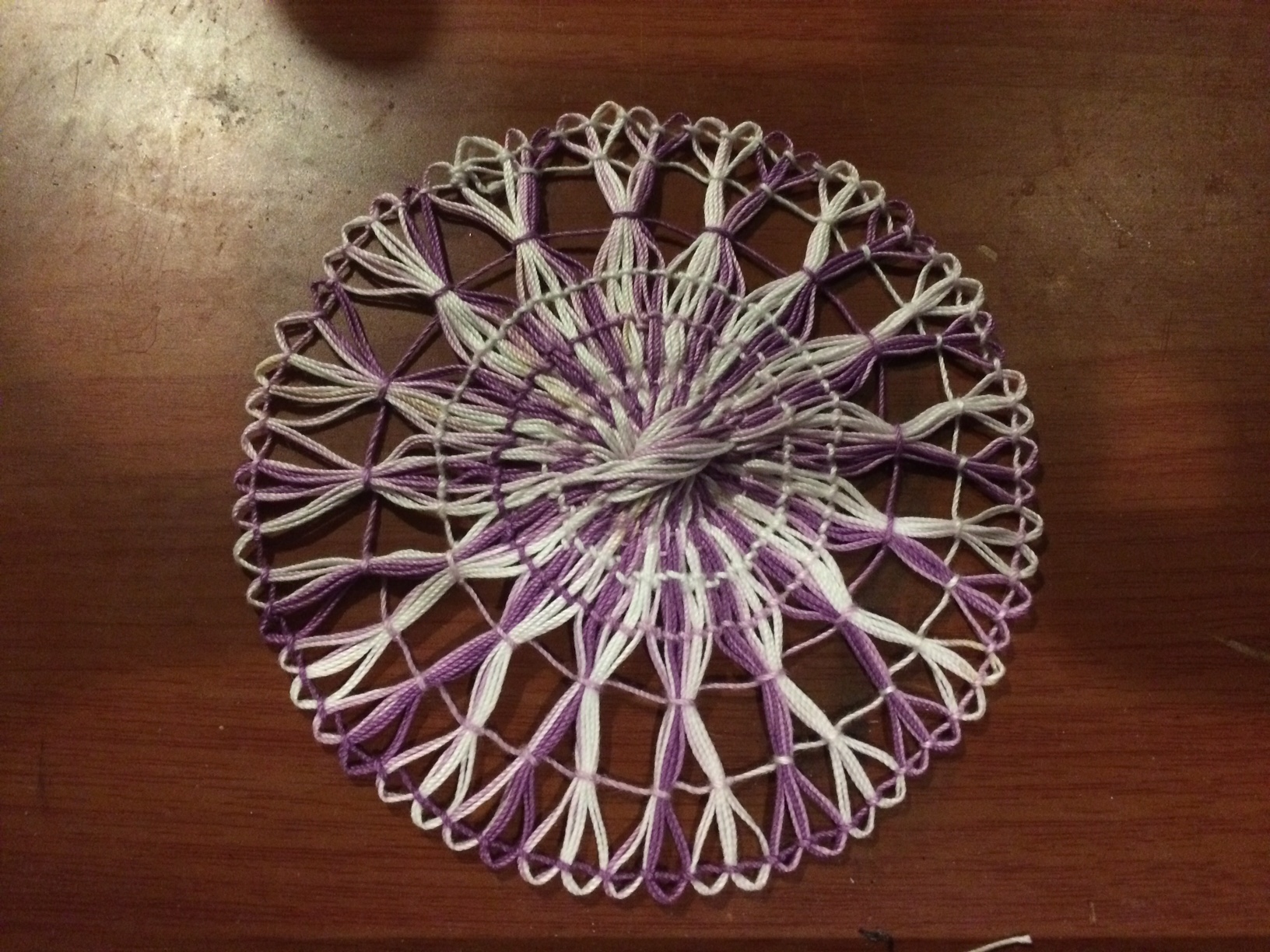 Currently, I'm working on a spider, which I'm also making up as I go. I'm not super happy with it, but I also have no idea what the front looks like, as Teneriffe is worked from the back.

My wife, discovering that it can be worked in hexagons, suggested I do a terrain map piece. I might even consider it at some point, especially if I can come up with something really fun, like the map of the Hobbit journey.

*Well, ok, there's also a teardrop shape that can be done from the Dewberry Ridge bases.