I hate winding warps. I hate warping looms. It's so boring and repetitive to me. Hating it makes me slower at it. I always want to just dive in and start weaving, doing something where I can see that I'm making something, actually create. It can't be done, though. You have to lay the foundation before you can start to build.

I'm starting a new piece tonight, a cocoon wrap for my mother, in ocean colors and waves. I've never done a highly varied warp before. Kate's scarf had a little variation, a few threads that were double strands of very fine Habu silk and steel, but it didn't have a lot of effect on texture. So I'm mixing it up a little, trying to shake it up some, trying to put some creativity into the warp itself, to make it a little less dull, as well as to give the piece more texture and color.

But before I could even start to wind the warp, I had to wind two skeins of yarn -- nearly a third of a mile's worth -- into center-pull balls to pull from. I have a ball winder, but no swift (a device that winds yarn into a reel and also allows you to pull smoothly from a skein when winding a ball), and my sweetie wasn't available to hold the skeins for me to wind from. So I ended up looping them over my computer desk, and unwinding and winding up in sections, and it was a serious pain. Literally. My neck and shoulders are in knots.

I'm just taking a break now, and typing this while I try to loosen up my muscles before I start winding the warp.

OK, ow. I did, in fact, wind the warp, and it was much more interesting than it has been previously, and that is awesome. It also got much trickier to keep the crosses straight (I put one at each end of the warp), because I would stop to switch threads between circuits, and I'd lose track of which way I was going in a way I don't when it's a continuous motion. But it was significantly less annoying.

But oh, was I sore afterwards. Unwinding skeins with no swift, winding balls of yarn with the winder off at a funny angle from me to minimize tangling, and then warping, left me with all kinds of knots. So I lay on some heating pads for a while before going to sleep, and that helped.

I threaded the reed and wound the warp onto the back beam, but the paper I had for putting between layers (cut from paper grocery bags) wasn't quite wide enough, and now both edges of the warp are wound wrong. I ordered some craft paper of the correct width, which should be along tomorrow, but once again, warp is frustrating for me.

So I'm taking a little time off from it while I wait for the paper to arrive. In the mean time, I have warped my Zati loom for a receiving bowl in the colors of our cat MacGuffin who died recently, and I finally built my copper pipe tapestry loom and warped that. I have a few ideas for making small panels on it using Saori techniques (including one called WWW+, which if it works, I will post here for all to see) and layering them to make a Steampunk bustle. We shall see how that works.

I'm trying to get more positive about warping. Right now, it's a roadblock, something that keeps me from being creative, and I waste days between projects, trying to work up the motivation to warp the loom. One of the things I am most looking forward to about a Saori loom is the pre-wound warp. Thread it through heddles and sleigh, tension, and go. Still a chunk of work, but cutting down any of it sounds wonderful.

In the mean time, all I can do is try not to let it slow me down too much. 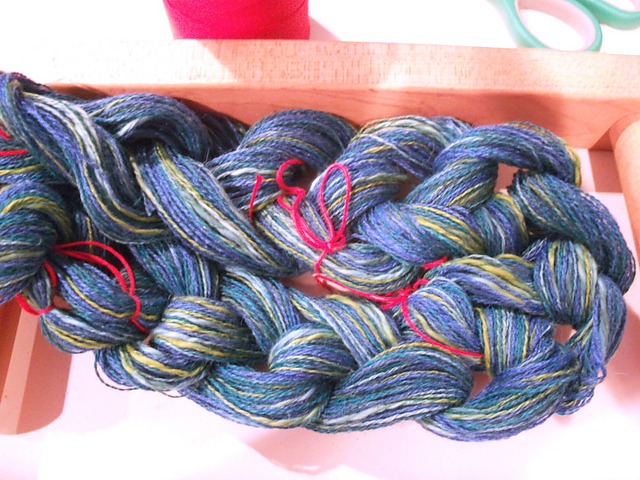 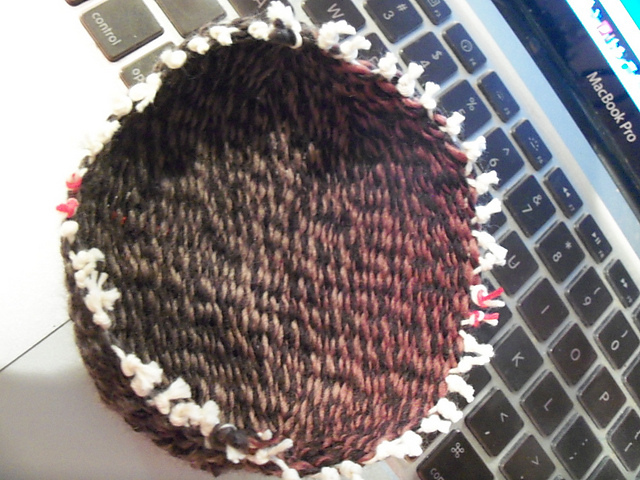 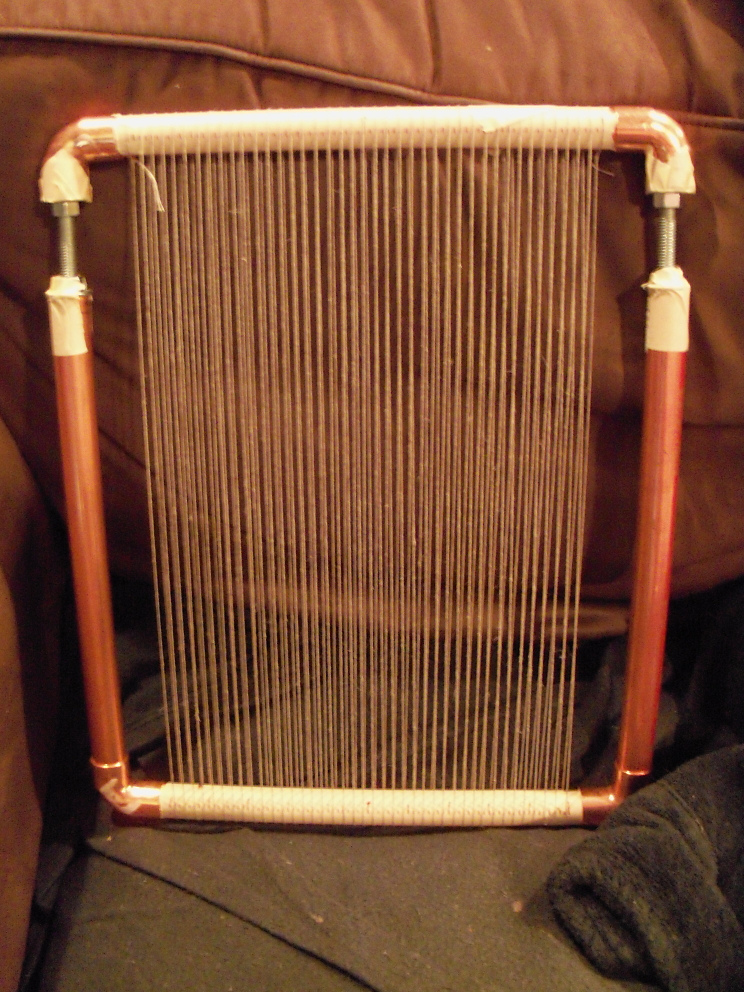