I really need to start tagging for Zati keyforms. I've done several posts with them at various times.

Zati: Weaving a Life is a book that goes with the seven stick Journey Loom I use. Its seven keyforms (Amulet, Receiving Bowl, Doll, Belt of Power, Mask, Bundle, and Shawl) are weaving projects, mostly small, but intensely imbued with meaning and symbolism. To progress through them in order is to go on a journey. I haven't actually woven all seven of them, because it's doesn't feel like my journey -- I've done most of the work it describes in other ways -- but it looks quite valid from the outside.

One of the keyforms is the Receiving Bowl a hemispherical bowl that's woven flat and uses a technique called "weft wedging" to turn into a three-dimensional bowl. I've made several of them for various purposes, but apparently don't have any photos of them.

These two photos are taken from the Zati book: 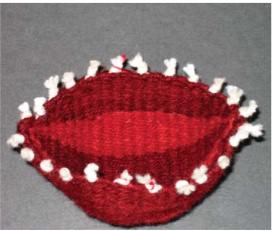 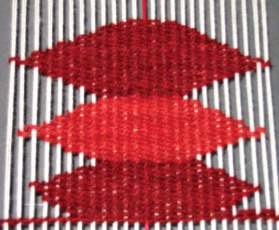 Here's what I wove, still on the loom: 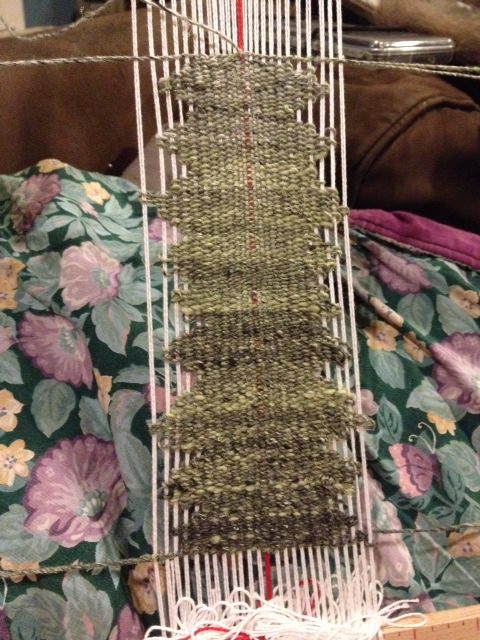 Nine leaf shapes, so not quite double the bowl. I measured to see where I was relative to the half-circumference represented by the widest leaf, and sort of guessed from there. Worked out well.

Cut off the loom: 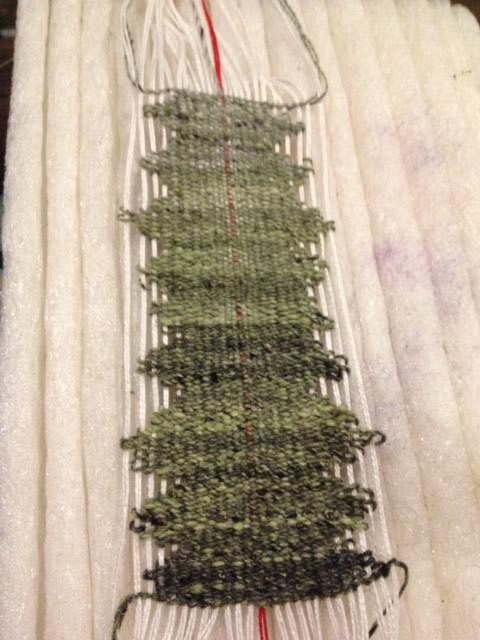 Here, I'm beginning to pull on the warps to bring the wefts together. This is what weft wedging is. 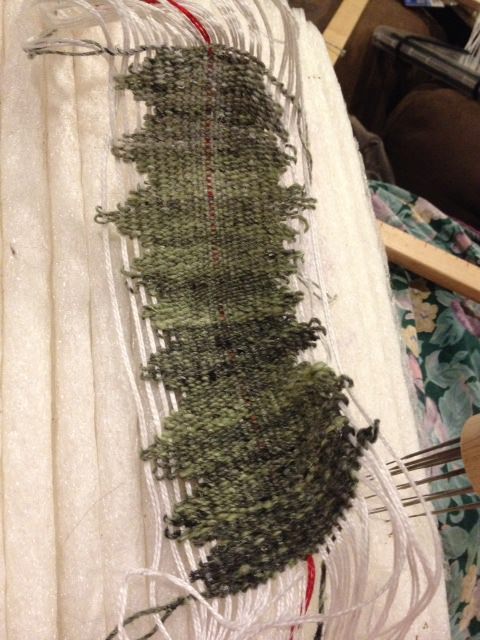 First one side, and then the other. 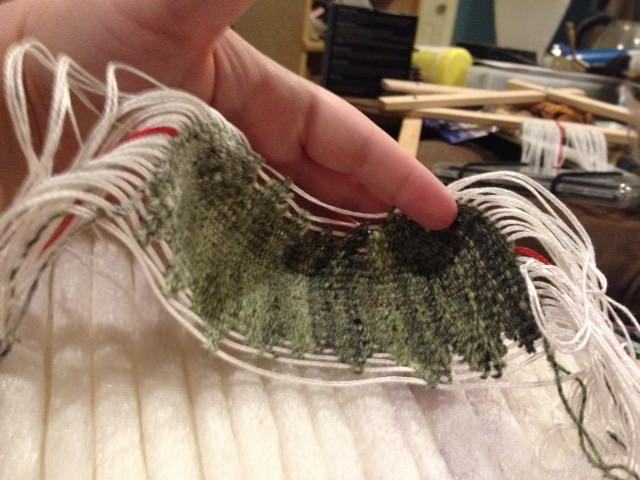 Alternating back and forth until all the points of the leaf shapes come together, and I have a basic ball shape. I tie together the twined ends of the warp to provide some stability. 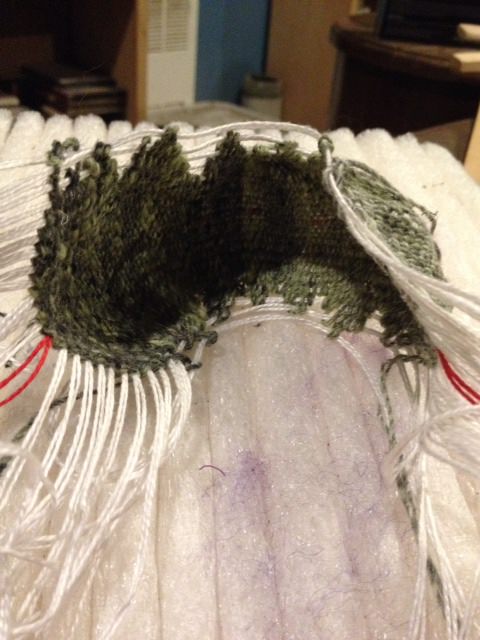 Stuff it with raw wool, or whatever you like. 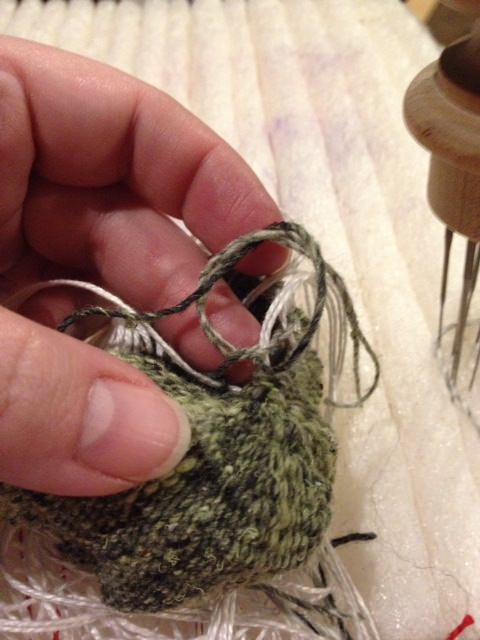 Begin trying the warps together in pairs, using square knots. Again, alternating back and forth from side to side to make sure everything stays even. 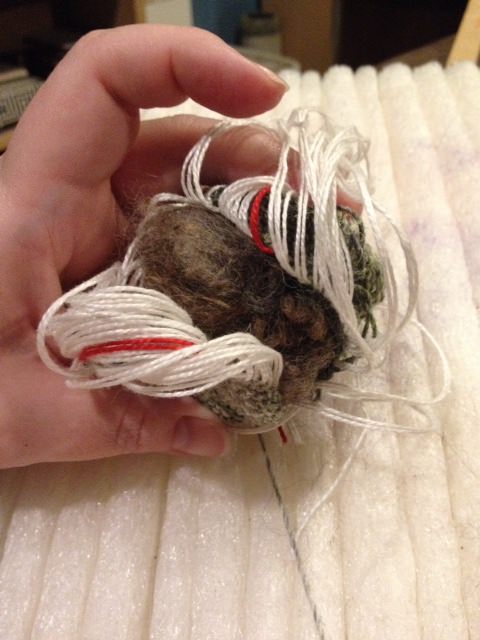 It's a ball! No sewing necessary! 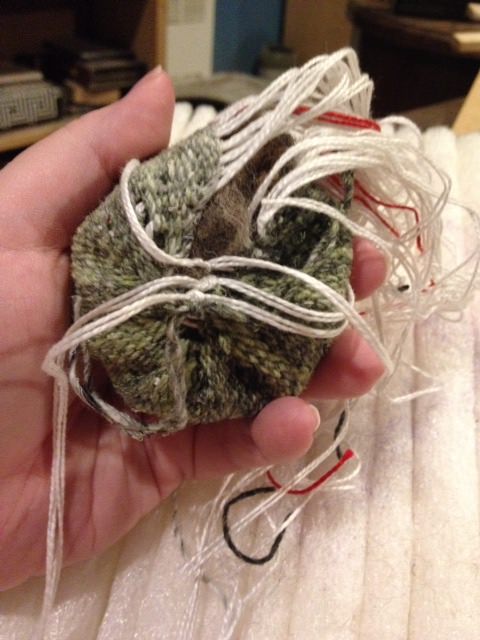 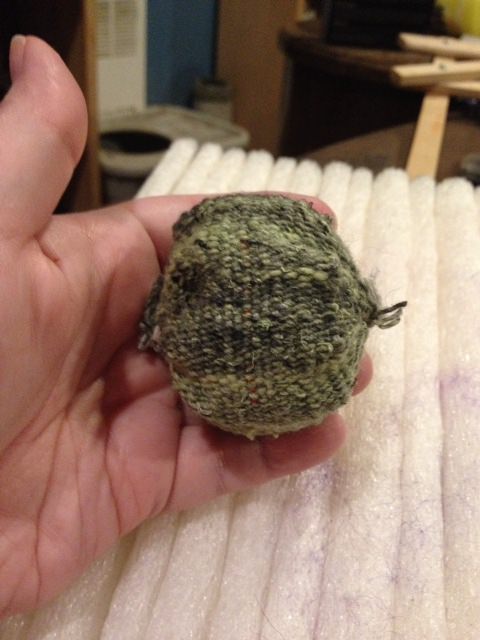 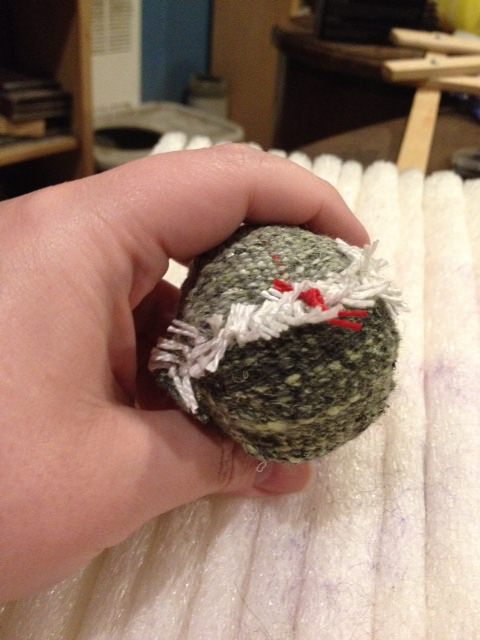 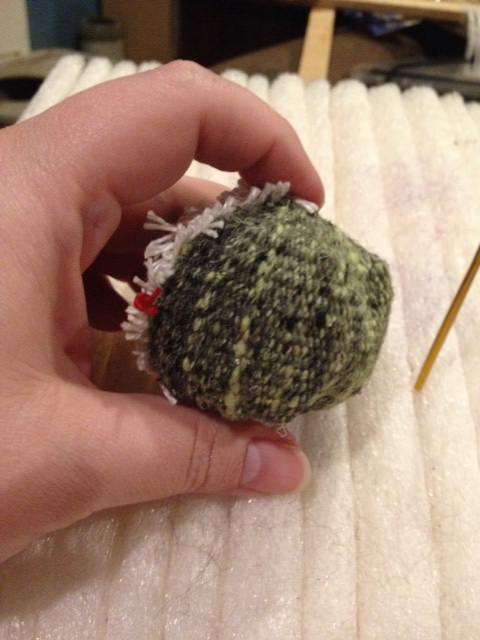 And that's how to weave a ball on the flat.